SOWMYA MURDER CASE- THE CASE THAT TOUCHED OUR CONSCIENCE 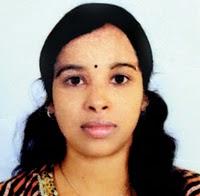 As a lawyer, I see hundreds of criminal cases every day in the courts. At the time when I started my practice 12 years ago, as a young lawyer, I had dreams of doing my bit to change the world. But as times went by and hundreds of cases later, we as a lawyers sort of get professionally detached from the cases. For us criminal lawyers, the evidence is nothing but a bunch of raw data which we dig through to bring out contradictions and omissions, to bring out the failures of the prosecution. Like a skilled  surgeon, for us lawyers it becomes a day's work to conduct a case, a work that goes off our mind before the day is off and which only gets revived during the next posting. But there comes a case occasionally that steer our conscience and makes a lasting impressions in our minds.

The infamous Sowmya murder case was a case in point. Even from the beginning, I was keeping a close tab on the case, the brutality of which have shaken my conscience beyond belief. But as the matter was sub judice ( pending before the consideration of the court), as a lawyer I was not in a position to express my opinion. Now that the trial court has give it's judgement, I can express my self in this regard.

What touched me more about is the fact that the girl who is the dream of her family and who is returning home with a dream of a better tomorrow was brutally assaulted, raped and killed by a person who showed little or no remorse. In my line of work, we see only such emotionless state only from hardened criminals. In such persons too, after spending their days in court, they sort of break down. But the accused in this case defied all that and he was stone cold.

This brings to the question, where are we as a society going from here? Now there is scant regard for the dignity of our fellow human beings. Human rights violations and abuse of our sisters and mothers are rampant. On the other scale, men are targeted by their wife's and her household ( a subject that I will deal with in my next blog). What seems to have disappeared is the human feeling, sort of quality that differentiates us humans from animals. It is time to redeem our selves else humanity will be on road to extinction. Remember, mother nature does not allow a burden to be carried along for long.

I am not going to do an autopsy on this case. What is required is that we learn our lessons from this case. The authorities ought to make sure that such criminal elements are not allowed access into the trains. A nation only becomes great if there is rule of law, where our sisters and mothers can walk freely with out the fear of anybody. Let us dream of such a day and hope and pray such a golden time comes about. Lest the sacrifice made by the dear sister will go in vain. Let us pledge our selves to redeem our society of all the evils lest the coming generations never will forgive us for our failures and deeds.