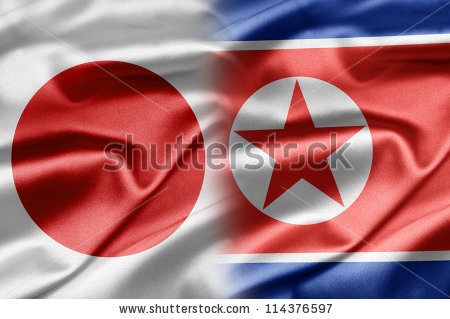 On January 6, North Korea announced that it had conducted its fourth nuclear test. Its state media broadcast a statement signed by Kim Jong-un that celebrated “opening the year with exciting noise of the first hydrogen bomb.”

If confirmed, this means a great leap forward for North Korea’s nuclear program. With its ongoing missile programs, it would pose a grave direct threat not only to its neighbors in East Asia but also vis-à-vis the United States. Even if the test turns out to be a regular nuclear test, it still is a clear violation of numerous UN Security Council Resolutions that have been adopted against North Korea, including UNSRES 2049 adopted on March 7, 2013 in response to North Korea’s third nuclear test on February 12, 2013.

What made North Korea decide to carry out a nuclear test? Some say Pyongyang was frustrated that it is increasingly isolated in Northeast Asia, particularly with the improving relationships between Japan and China as well as Japan and South Korea. Others point to the upcoming Korean Workers Party convention in May and explain yesterday’s test as a part of an overall attempt by Kim Jong-un to assert his position as the supreme leader of the hermit kingdom.

Ultimately, the world will probably never know the real motives behind the test. This much is clear — North Korea under Kim Jong-un has grown to be more provocative and unpredictable than under his father Kim Jong-il. That is not only a grave threat to the security of Northeast Asia, but also a serious challenge to the existing international disarmament and nonproliferation regime.

Japan, along with the United States and the rest of the international community, reacted strongly to this development. In a statement issued shortly after the North Korean announcement, Prime Minister Shinzo Abe condemned the test as “totally unacceptable” and lodged “a serious protest against North Korea.”

However, as the Security Council convenes for an emergency meeting at the United Nations, with an eye on adopting a resolution to impose additional sanction against North Korea, Japan found itself in a challenging diplomatic position.

First, despite strong condemnation by Abe, Japan has very little bilateral leverage over North Korea with which to influence Pyongyang’s behavior. Its economic ties with North Korea are already close to nothing, so there is not much pain it can uniquely impose on Pyongyang with additional sanctions. Its political circles no longer have a meaningful unofficial communication channel with Pyongyang, as the Social Democratic Party dwindles into irrelevance.

Worse, Japan’s North Korea policy for the last decade or so has been held hostage by the abduction issue.  Currently, talks on the issue have stalled due to the lack of North Korean follow-up on the commitment it made in a May 2013 bilateral agreement with Japan to resume an investigation on abduction survivors. Should North Korea come back with pertinent information that would honor its commitment, however, Japan would find itself torn between its desire to align its position with the United States and the rest of the international community against North Korea’s provocation and the urge to engage with North Korea to seek further progress on the abduction issue.

For the moment, though, there is some good news for Abe: Japan’s relationships with China and South Korea — both of which are critical in addressing the security threat posed by North Korea — have finally turned positive in the last year. In particular, the agreement on the so-called “comfort women” between Tokyo and Seoul on December 28, 2015 removed the principal stumbling block in Japan-South Korea relations. Given the seriousness of the current developments, defense officials in both countries can now move full steam ahead to enhance bilateral defense ties, as well as accelerating trilateral cooperation with the United States. In this context, the Memorandum of Understanding signed in December 2014 by Washington, Tokyo, and Seoul on intelligence exchanges on North Korea would serve as a extremely useful tool.

Most of all, North Korea’s provocation yesterday was yet another reminder that the security environment surrounding Japan remains unstable and is possibly worsening. Hopefully, this will encourage political leaders, some of whom continue to emotionally criticize Abe as “militaristic” and “war-mongering” for leading the government’s effort to boost the country’s national defense, to rethink their rhetoric and participate in the national security discourse in a more realistic and constructive way.

About the author- Yuki Tatsumi is Senior Associate of the East Asia Program at the Stimson Center in Washington, D.C. She is also a non-resident senior fellow at the Canon Institute for Global Studies in Tokyo, Japan. She is a co-author of Global Security Watch: Japan (Praeger, 2010), an author of Opportunity out of Necessity: Impacts of US Defense Budget Cuts on the US-Japan Alliance (Stimson, 2013), and Japan’s National Security Policy Infrastructure: Can Tokyo Meet Washington’s Expectations? (Stimson Center, 2008).  She also is an editor of several books, including US-Japan-Australia Security Cooperation: Prospects and Challenges (Stimson, 2015), Japan’s Global Diplomacy: View from Next Generation (Stimson, 2015) and Japan’s Challenges in East Asia: View from Next Generation (Stimson, 2015).

© THE DIPLOMAT ( ALL RIGHTS RESERVED)